Comparing Lifestyles Since the Moon Landing in 1969 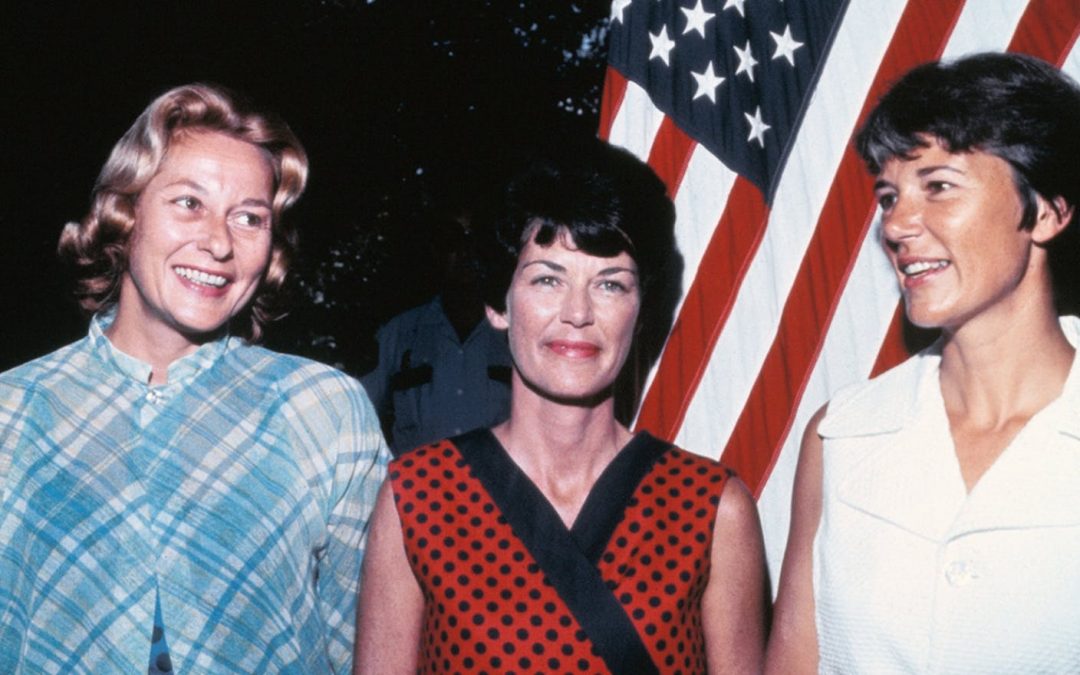 50 years’ ago, the American Apollo 11 mission successfully landed two astronauts on the moon in the highly publicised ‘space race’ of the late 1960s.  Thoughts inevitably turned back to my own vivid childhood memories of the event, sitting cross-legged on a grey rug by the fireplace, as we excitedly gathered as a family to watch on our black and white TV.  They were considered the heroes of that era and symbolised success, courage and celebrity of that time.  Courageous and fearless, they provided inspiration to generations that followed and graced every newspaper and magazine, embarking on tours and TV appearances after their historic feat, which could only compare to Columbus in its magnitude.

Whilst often overlooked amid the glory of the success of their husbands’ mission, these intrepid space explorers’ wives deserve a much-needed, 21st Century ‘shout-out’ for the role they provided for their families, symbolic of the late 1960s era.  Janet Shearon Armstrong, Joan Archer Aldrin and Pat Finnegan Collins, were almost ‘Stepford’ in their appearance, perfectly composed and coiffed, always “proud, thrilled and happy” to support their famous husbands’ exploits with noble patriotism.  They attended galas and high society events, mixing with the likes of Jackie Kennedy, presenting an immaculate, nuclear family image of the post-war era of devotion and idealism.  They were the glue that bonded the family together providing a backbone of resilience, strength and devotion to their children and frequently absent husbands.  Despite constant intrusive media attention, particularly during agonizing waits, they kept their reactions private and professional, communicating a resolute optimism whilst not knowing in their hearts if they would ever see their husbands again.

Whilst equality was changing with the rise of the Civil Rights movement and increased demonstrations from the mid-1950s onwards, the pace was slow and wives were still considered to have a role that was secondary and supportive to the main breadwinner in the family.  Many were expected to spend their time and energy maintaining a desirable appearance for the husband, whilst creating a welcoming, comfortable and clean home and attending to every aspect of their children’s upbringing.  The astronauts’ wives, although being college-educated and highly intelligent, were no different.

Despite losing her daughter to a brain tumour at the age of 2, Janet Shearon Armstrong was known as a strong and wilful woman that always had a warm smile.  Her son, Mark, remembered her as “the real power behind the throne” as she held the family together through the uncertainty of always preparing for the worst.  She secured many honours over the years due to her courage and dedication in supporting the American Space program, particularly the fellow wives of Astronauts, who formed a sisterhood, sharing their experiences to ward off the frequent sense of loneliness and isolation they felt as they endeavoured to present to the world the face of loyalty, unity and devotion.

Joan Aldrin is reported to have said she married an engineer and here he was, a hero, provoking some intimate insight into married life.  She is reported to have said she wished Buzz “were a carpenter, a truck driver, a scientist, anything but what he is”.  They went on to divorce only 5 years after the celebrated moon landing.  In contrast, Michael Collins and his wife, Pat, were married until her death in 2014.  She was known to be an articulate writer with a love of poetry.  She captured her feelings in her words, synonymous of her experiences in space exploration at the time in the pre-Apollo Gemini missions, when she wrote that her “chest aching from holding my breath, heart trembling to burst right through my shirt, I uncoil numb legs and begin to pace stiffly, praying half-aloud, “Dear God, let it be over””.

In researching a little into the lives of the three wives and mainstays to the men of the Apollo 11 mission, I developed a significant amount of insight and admiration for these unsung heroines behind the scenes.  They were symbolic of a moment in time that was, in today’s terms, considered very inauthentic in what they presented to the world, yet one cannot help but admire their strength, tenacity and courage to provide resilient and continuous composure for the sake of their family in an attempt to bring stability and a sense of normality to what must have been a tumultuous and precarious atmosphere in many respects.  I reflect now, in 2019, how our newly discharged modern-day bid to be authentic, seek support openly and express our emotions in every way, is so different from the lifestyle of that era.  We now have more equality in relationships and our archetypal nuclear family unit has changed significantly, as have our attitudes and values. I wonder how much has been progress and how much has been lost?  Is all change for the better or are we missing some of those attributes that were commensurate with a bygone age?  Something to ponder.

Caroline Cousins – Article written for the AD&T Press in the New Forest, July 2019 – to commemorate the Moon Landing