To Detox or Not to Detox, That is the Question 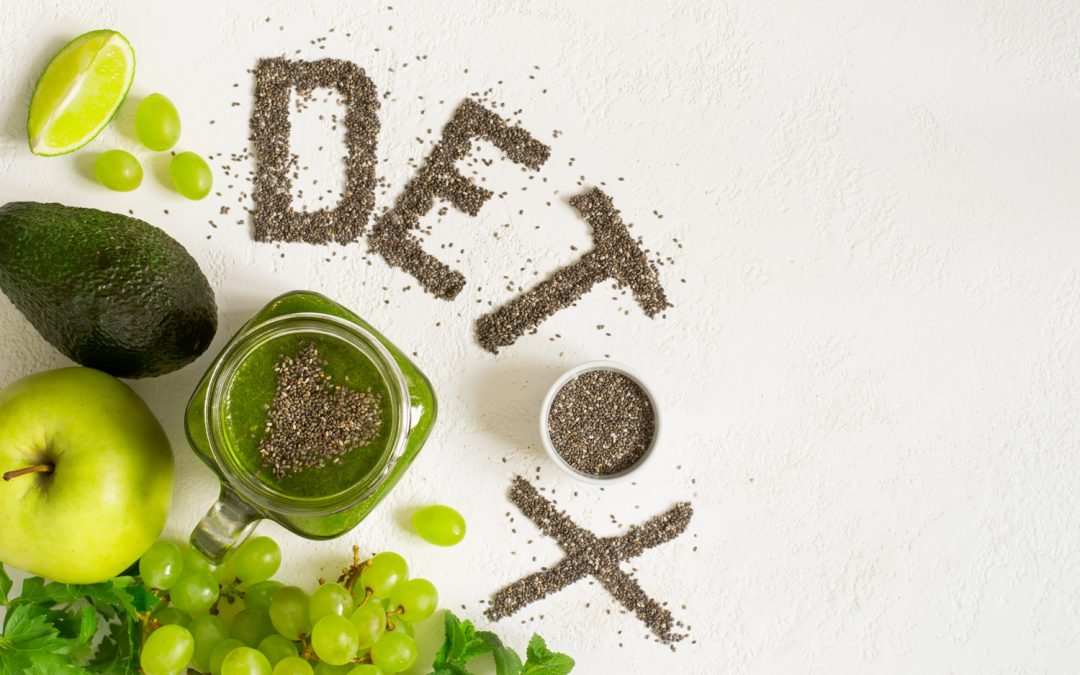 Soon we will be in Stoptober, where the impetus is largely focused on giving up smoking.  However, after several months of lockdown restrictions, it’s fair to say a good deal of us have engaged in consuming a little more alcohol, coffee and cake than originally intended, as some form of misguided comfort, and are now seeking to regain control of our bodies through purging ourselves of these unhealthy habits and embarking on a cleansing routine.

Conventional medicine will tell us we don’t need to detox our bodies as our organs are doing that for us on a daily basis, but we are not living in the same world and what we put into our bodies now is markedly different to what our ancestors once consumed.  We now live in a society that is infused with all kinds of pollution, mass farming methods forcing a variety of pesticides to be utilised, a constant array of vaccinations in both animals, for human consumption, and ourselves, not to mention the soil quality reducing in mineral content and fruit and vegetables being flown in from all over the world.  On top of that, the pharmaceutical industry holds enormous power in supplying drugs for most known conditions, which are regularly put into the body under qualified guidance to mitigate any symptoms of a condition we are experiencing.

It is now believed that one in two of us will get some form of cancer in our lifetime – a figure that was almost unheard of a century ago.  Not only that but there is a significant rise in autoimmune conditions as well as ME, Fibromyalgia, Lyme Disease, Alzheimers and asthma.  Many people also now experience food intolerances, allergies and dermatological conditions are seeing an increase of two to threefold over recent decades in industrialised countries.

It is no wonder then that the demand for organic produce over the last decade has soared in grocery stores with global sales thought to have increased to 95 billion dollars in 2018 in contrast to only 18 billion dollars in 2000.  Vitamin and Mineral sales are an increasingly booming market and many are turning to health coaches, holistic practitioners and influencers who market the benefits of detoxing, despite the conventional medicinal stance that there is no need as the body is sophisticated enough to do this for us.

To a certain extent, conventional medicine is absolutely correct except the fact that the body is now at a stage in modern life of being bombarded by daily pathogens, mutating viruses and pollution that just weren’t around decades ago.  Not only does it do all the amazing things it does, but the body has to also filter out and fight the daily invaders that take it away from doing its normal job of keeping us balanced and healthy.

With the increase of chronic and debilitating conditions, including diabetes, it seems only sensible that the focus should be on providing the body with the right environment to thrive and thus build our internal resilience and energetic reserves.  It’s not just a case of shoving an over the counter multivitamin in our bodies either that is going to make the difference.  We have to be prepared to make healthy and long-term changes by increasing the consumption of a variety of fruit and vegetables and reduce some foods which have led the world to an increasing curve of obesity.

A study published by the NHS this year, reported that 67% of men and 60% of women were now overweight in the UK alone, seeing an increase in hospital admissions of 23% since 2017/2018.  Within that figure, 26% of men and 29% of women were clinically obese as well as 20% of children in year 6. (https://digital.nhs.uk/data-and-information/publications/statistical/statistics-on-obesity-physical-activity-and-diet/england-2020)

These figures are increasing exponentially and can only put a greater burden on our already struggling NHS.

It’s not hard to see, then, why so many people have turned to alternative ways of detoxing as a way of taking back control over their health and debilitating symptoms when conventional medicinal approaches have left little change – and in some cases worsened, their conditions.  Managing symptoms through the use of pharmaceutical concoctions is no longer the option for many people, preferring instead to get to the root of their issues through diet, fasting and detoxing.  We can’t always control what toxins and pollution we are being subjected to in an increasingly unhealthy world, but we can minimise our intake of these stressors and support our bodies in such a way to alleviate the biological burden to maximise our resilience and immunity.

There’s no doubt that our western diets on the whole are filled with little nutritional value to our bodies as our consumption of unhealthy carbohydrates and high fat foods have offered little benefit to our already toxic bodies, despite the thrill of the initial consumption as it passes between our lips.  Of course in such uncertain times, people want comfort and who can blame them?  The uncertainty of a world filled with negative news reports of daily deaths through Covid-19 has forced many to find comfort through food and drink in order to escape the realities of negative propaganda.

So, what is the best way to detox our bodies and begin that cleansing process?  Well, there are a variety of different approaches depending on who you follow but one of the most popular ways that is on the increase is juicing.  Substituting one meal a day with a freshly made juice filled with raw fruits and vegetables doesn’t sound as enticing as a cup of tea, scone and jam but it is a wonderful way to get nutrients into the body, support the liver and take the burden off the digestive system.

Currently there are two drinks that are taking the world by storm, with thousands of case studies showing significant changes in people’s chronic conditions.  They are celery juice and the heavy metal detox smoothie.  Both of these originate from the highly successful author and natural health expert, Anthony William, who has five no.1 bestseller books out, his most recent called, Cleanse to Heal, where he discusses in more detail the reason why conditions like obesity and chronic autoimmune disorders are significantly on the rise.

Like all health routines, however, to get the full impact and benefit of these drinks requires discipline and consistency.  He does not advocate cutting everything out, rather replacing known toxic foods with fruit and vegetables and decreasing those foods known to contribute to the pathogens in the body and put increased burdens on our livers.  His advice has produced astonishing success and having followed it myself over the past two to three years and felt the benefits, I can highly recommend his suggestions.

The suggestion is that we start the day on an empty stomach with a minimum of 16 fl oz of pure celery juice that has nothing added whatsoever (that includes no water).  It must contain no fibre and may not be able to be tolerated by everyone to begin with, so it’s wise to build up to this amount and then steadily increase to 32 fl oz, according to the body’s tolerance levels.  Many report seeing initial benefits within a week and significantly more over a period of months.  Having been on it myself continuously for two years, despite the distaste for celery, I can vouch for it being highly effective at cleansing and healing the body over a consistent period of time.  My body always feels calm and hydrated after.  Nothing should be eaten 2 hours prior to this celery juice intake and nothing for up to 30 minutes after consuming it, to allow the goodness of the contents to do their work.  Full details of its benefits are in all of Anthony William’s books.

The second, somewhat delicious smoothie that can be taken with other foods, is the heavy metal detox smoothie, which is said to safely assist in detoxing heavy metals from the brain and body and has reportedly reversed many chronic conditions in those who have consistently taken it.  Again, this should be taken daily and is filling enough to substitute for a breakfast or lunch, if desired.  It consists of:

A cup of freshly squeezed orange juice (or carton bought but not from concentrate),

2 cups of frozen or fresh wild (not our cultivated ones) blueberries or 2 tablespoons of wild blueberry powder,

additional water for the consistency you prefer.

This can then be blended in a Nutri Bullet or similar for a delicious smoothie that the body loves and again, full details of its benefits can be found in any of Anthony William’s books.

So, to recap, as we head towards our seasonal change, our focus needs to be on building resilience and immunity rather than taking away, thereby lightening the burden on the organs of the body and bringing our energy up to more effectively fight off pathogens and viruses by giving ourselves the best internal environment.  Health is our wealth and we have personal responsibility to look after it rather than expecting it to be fixed by the already burdened NHS.  Many conditions can be healed by changing our diets and increasing movement and exercise allowing the NHS to be freed up to focus on those kinds of conditions that require expert surgical procedures.  We owe it to ourselves to be the best version of us that we can be.

Written for publication in the AD&T press, 25th September 2020